Today there was a grand sense of accomplishment in the shala amongst the participants. We completed our investigation of the Third Series poses.
Today we examined:
Dikasana A&B (some books call it Dighasana but Tim mentioned Guruji always said Dikasanana. Plus a dika is a bird which seems befitting of this pose.)

In 1982 Tim did his first yoga demonstration in India in front of 300 Indians. There were several demonstrations from the men, and then the women. A husband and wife couple practiced the whole Second Series in front of them. Tim was chosen to demonstrate the entire Third Series alone with Guruji counting it in Sanskrit at breakneck speed. Tim said he was in his prime at this time. Guruji claimed that when Tim demonstrated Trivikramasana that the crowd gasped. Guruji said that he had done it so well that the crowd thought the god Trivikrama had embodied him in that moment to enable him to perform it so flawlessly. Tim said that was a long time ago so he hopes that now Trivikrama will come through for us when we practice it. I thought that was really cool.
Natarajasana (King of the Dance Pose)

The picture of this Nataraja(Dancing Shiva) is of a murti, or representation of the divine, that Tim got on a trip to Mysore.

He told us this story about how when in Mysore you practice and the remaining time you have free to yourself. Tim enjoyed shopping and would look for interesting murtis to buy. He had established relationships with some of the local art dealers so that when he would return to India they would come to his door to show him their wares. They would always say, “This one is very special price, very good price for you.” This particular one he found at Lalita Hall which was the old Maharaja’s summer palace. There was a store called Saraswati’s Handicrafts and he went in to visit and see what Saraswati had available. When he saw this Nataraj he said he was interested in buying it. Saraswati replied, “That piece is very rare, not for sale. Not for sale.” Tim continued to persist. Again she said, “This piece is to rare, I am sorry not for sale” in her sweet Indian accent. She then called the boss man and it turns out, “It is for sale, but this one very expensive.” So after bargaining with her he was able to acquire it and he took it to Guruji to see what he thought. He showed Guruji and he asked, “how much you pay?” He told him and Guruji just shook his head as if to say, “you sucker.” Big laughs around the room after this story. A student then chimed in that the last time he was in Mysore some of the vendors will say to the yoga students, “Tim Miller buys his murti’s here.” I thought this was so classic.
Raja Kapotasana (King Pigeon Pose) 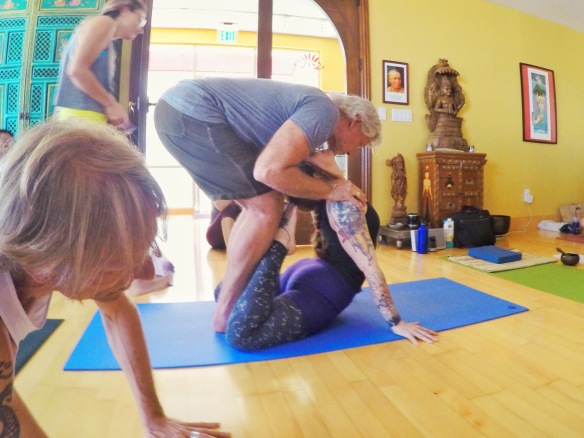 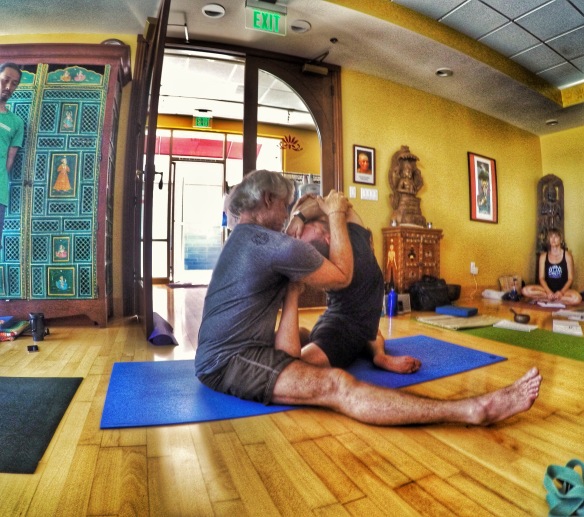 Tim writes a blog called Tuesday’s with Timji. You can check it out and follow him by clicking the link: http://timmiller.typepad.com

This Tuesday he wrote,

“The full moon on Saturday August 29th at 11:35am PDT will be at 12 degrees Aquarius in the nakshatra known as Shatabhisha—“the Hundred Physicians”.  On the same day, the first ever Third Series Training will come to a conclusion at the Ashtanga Yoga Center.  Since August 17th I’ve had the pleasure of hosting 40 advanced students of Ashtanga Yoga from all over the world.  It’s quite a dedicated group of practitioners—highly motivated and very hard working—an ashtanga teacher’s dream, really.  The Mysore classes have been huge and very sweaty.  With so many people practicing third and fourth series, the studio almost has a circus like atmosphere—sometimes I catch the local students gawking at some visiting phenom displaying a combination of strength, flexibility, and agility.  It’s certainly the most advanced group of students I’ve ever had gathered together at one time.  Best of all, these people all seem to have some real depth and appreciation of what yoga is really all about.  It seems fitting that the course will end on the full moon in Shatabhisha, a sign associated with healing and expansion of consciousness.  I was born with my Sun in Shatabhisha so I have some familiarity with these themes and have been exploring them through yoga for nearly 40 years.  My sincere hope is that something of real value is being transmitted during this course.  The enthusiasm of the students is contagious—it almost makes me feel like starting to practice the third series again.”
I include this to help explain the general vibe in the space. It is so incredible in there. As we approach our last 3 days here with Tim I think we are all wishing that it wouldn’t come to an end.
Here are some pics from the end of the day surf session. The water was so warm and inviting which is very rare in my opinion in Southern California. There were some fun small waves and I was able to grab a few pics to help convey the stoke. 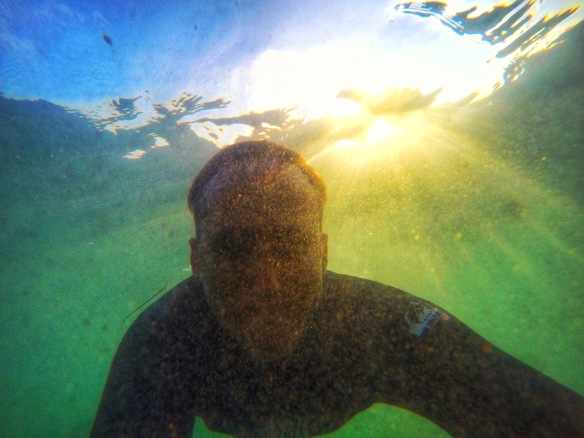 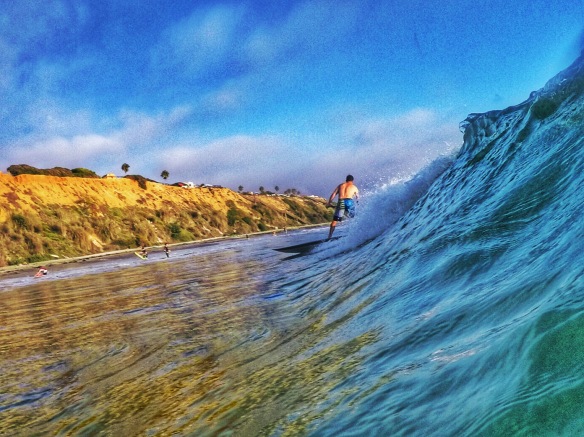